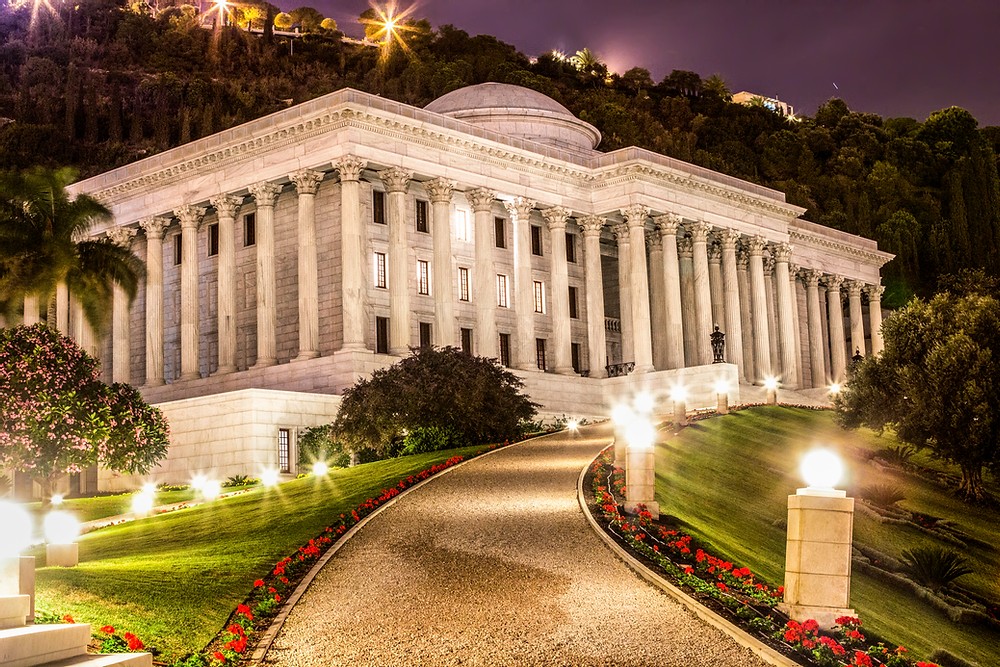 “He Who is your Lord, the All-Merciful, cherisheth in His heart the desire of beholding the entire human race as one soul and one body.”— Bahá’u’lláh

Baha’is believe that Baha’u’llah brought the latest global revelation of God’s plan to the world. As a prisoner and an exile, he founded an entirely new Faith, which has spread across the entire world. While the Baha’i Faith began in the middle of the 19th Century, Baha’is understand that all Faiths come from the same Source, and that God’s loving message to humanity is progressive, continual and everlasting. Baha’is believe in the oneness of God, the oneness of religion and the oneness of humanity; and Baha’is all around the globe actively work for the realization of those ideals of peace, harmony and unity.

Most importantly, Baha’is believe we all have an immortal soul that longs for a mystical connection with God. The Baha’i teachings say that our nature is fundamentally spiritual, which means the reflection of the divine perfections can potentially appear in the noble reality of each human soul.

From that spiritual perspective, the Baha’i Faith advances a set of principles, revealed over a hundred and fifty years ago, which encompass the defining social and moral imperatives of our times. Baha’is understand this as purposeful and not accidental, believing that the divine energy, the Word of God, has now been directed into these new causes, whose time has finally come. These principles are:

The overarching goal of these principles — to eliminate the barriers that keep people apart, and thereby establish the peace and the oneness of humanity – constitutes the chief and distinguishing feature of the Baha’i Faith and the cornerstone of Baha’u’llah’s world-embracing vision.

Simply, if you believe in that message, and in the Messenger who brought it, you’re a Baha’i.

Becoming a Baha’i involves a joint decision of your mind, heart and soul. It requires no baptism, initiation or ritual. Because no Baha’i clergy exists, the decision belongs to you alone. When you do decide to become a Baha’i, you just let your local Baha’i institution – typically a Local Spiritual Assembly – know about your decision. They will happily enroll you, usually with a simple declaration card.

You’ll be joyfully welcomed into the most diverse community on Earth. 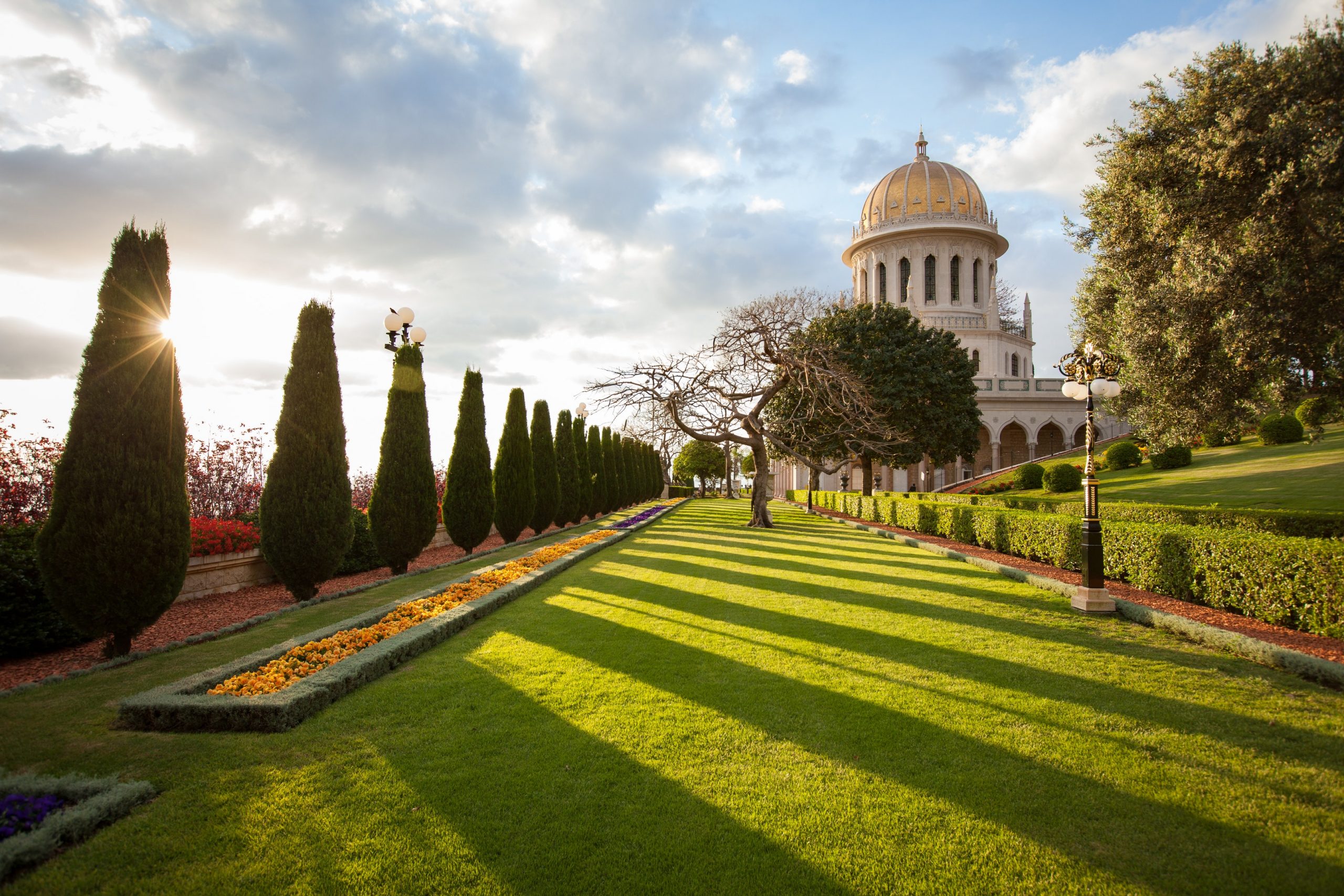 “To be a Baha’i simply means to love all the world; to love humanity and try to serve it; to work for universal peace and universal brotherhood.” 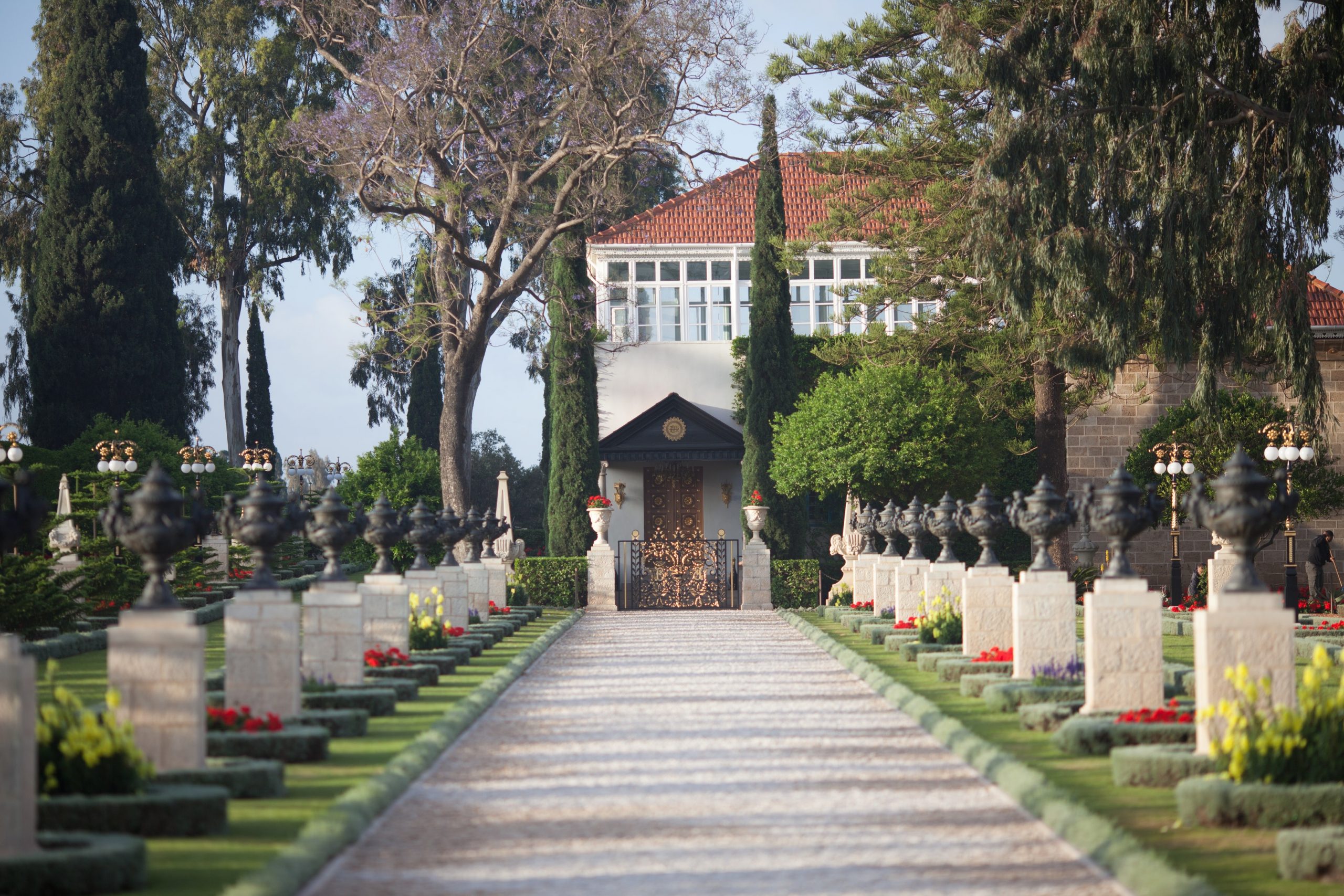 Baha’is believe that God periodically reveals his will through divine messengers, whose purpose is to transform the character of humankind and to develop, within those who respond, moral and spiritual qualities. Religion is thus seen as orderly, unified, and progressive from age to age.
Contact us if you have questions or want more information.

The Centenary of the Ascension of Abdu’l-Bahá

The Baha’is of Riverside invites you to attend a commemoration of the centenary of the passing of ʻAbdu’l-Bahá. 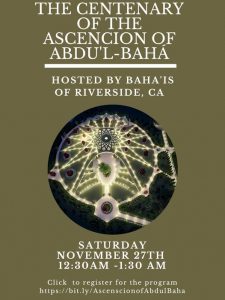