The views expressed in our content reflect individual perspectives and do not represent the official views of the Baha’i Faith.

The coronavirus (COVID-19) has swept the face of the earth, triggering fear and anguish and paralyzing the lives of many individuals across the globe.

Its effects have been likened to those of war — it has subdued the most powerful nations of the world, with all their military might, and it has shaken the foundations of their economic and materialistic self-centeredness.  Tens of millions of people have been forced into isolation, and thousands have perished. No one knows how long this life-threatening pandemic will continue, nor is there any remedy for it.  Psychologically, it has come as a shock to all people despite their knowledge that human beings are mortal. The adversary, ironically, is a tiny, almost invisible organism.  Medical scientists and experts have been scrambling to control the tide of the world pandemic it has caused.

Is there any explanation for this catastrophe beyond medical speculation? In the vast universe, there are interactions between the material and spiritual phenomena beyond our rational understanding. Looking at the larger picture of global ordeals and calamities, such as the COVID-19 pandemic, there must be a spiritual force at work that is beyond our comprehension. Instead of delving into the material nature of this catastrophe, let’s ponder its spiritual meaning and significance.

According to the Baha’i Writings, “Our world is passing through the darkest period in the entire history of civilization, in which unnumbered millions of people suffer grievous wrongs that drive them to the edge of despair. It is one of the mysteries of the spiritual realm that destinies of those who have great contributions to make should entail suffering…” (Letter on behalf of the Universal House of Justice to an individual, 23 June 2003)

Tribulations and calamities do not occur by accident. There are reasons for them of which we may not be aware.  They can serve as a wakeup call and a reminder to reflect and refocus our thoughts and activities.

Suffering is both a reminder and a guide.  It stimulates us to better adapt ourselves to our environmental conditions and thus leads the way to self-improvement.  In every suffering one can find a meaning and a wisdom.  But it is not always easy to find the secret of that wisdom. – Letter on behalf of Shoghi Effendi, Lights of Guidance 280.

Although we are consciously impacted by the physical forces and consequences of world-shaking crises, we may not be able to perceive the spiritual meaning and intangible power behind them.

Although outwardly cataclysms are hard to understand and to endure, yet there lies a great wisdom behind them which appears later. All the visible material events are inter-related with invisible forces.  The infinite phenomena of creation are as interdependent as the links of a chain. – Abdu’l-Baha, Divine Philosophy, p. 115

We live in a material world, yet we are essentially spiritual beings. Tests and trials come to us to prepare our souls spiritually for the world beyond — which is purely spiritual.  There are also other instances of manmade destruction occurring simultaneously in this world, such as a rise in suicide, racial violence, and war and bloodshed resulting in millions of refugees.  Are all these a wakeup call announcing the dawn of a new civilization, based on love and unity, that will culminate in peace and social justice for all?

“suffering ceases to be suffering at the moment it finds a meaning, such as the meaning of a sacrifice”

Abdu’l-Baha points out the wisdom of world crises by saying:

Chaos and confusion are daily increasing in the world. They will attain such intensity as to render the frame of mankind unable to bear them. Then will men be awakened and become aware that religion is the impregnable stronghold and the manifest light of the world, and its laws, exhortations and teachings the source of life on earth. – Lights of Guidance

Viktor Frankl believed in drawing meaning from life crisis and suffering, saying, “suffering ceases to be suffering at the moment it finds a meaning, such as the meaning of a sacrifice.”  In my research on the role of faith and spirituality in stress and suffering, I found — as explained in my book “Creative Dimensions of Suffering” — that there is a silver lining in some people who suffer greatly and have developed resilience.

Crisis and calamities often bring to light the best qualities of humanity: a sense of compassion, empathy, connectedness, and altruism. For the first time in history, it seems like the people of the world are united in one thought and are concerned about the common good and well-being of people around the world.

Abdu’l-Baha, in His tablet on the Seven Candles of Unity, spoke about, “unity of thought in world undertakings, the consummation of which will ere long be witnessed.” (Selections from the Writings of Abdu’l-Baha).

The following quote from Abdu’l-Baha about our response to trials and tribulations is also very illuminating:  “In a day such as this, when the tempests of trials and tribulations have encompassed the world, and fear and trembling have agitated the planet, ye must rise above the horizon of firmness and steadfastness with illumined faces and radiant brows in such wise that, God willing, the gloom of fear and consternation may be entirely obliterated, and the light of assurance may dawn above the manifest horizon and shine resplendently.” –Universal House of Justice, Naw Ruz message 2020 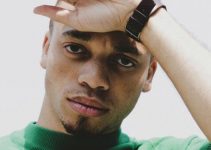 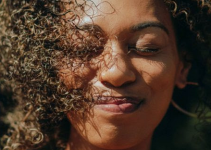